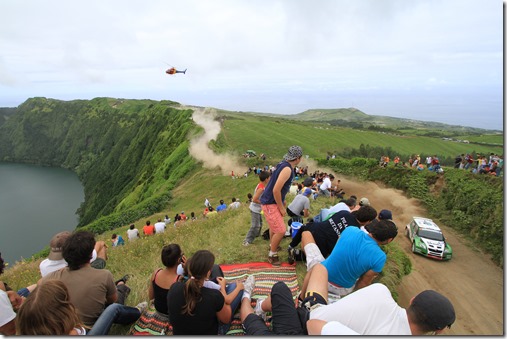 The coverage of the FIA European Rally Championship’s visit to the Açores later this month has stepped up another gear with confirmation that a further two stages will be shown live – and free of charge – on the internet.

For the first time ever, the ERC’s official website, www.fiaerc.com, will show live coverage of the two Feteiras stages of SATA Rallye Açores on Friday 26 April. This will be in addition to the four stages being shown live on Eurosport and RTP Açores announced previously.

The live coverage of the 7.54-kilometre Feteiras stage will be available through a dedicated section of the ERC website. This area will also include links to the ERC’s live timing service and Radio ERC, which will provide interviews with drivers just seconds after they complete the stages, plus additional updates and information.

“Showing these extra two stages live will only enhance the excellent coverage we already have planned from the Açores, which is a truly incredible place due to the magnificent landscape,” said François Ribeiro, the Motorsport Development Director of ERC promoter Eurosport Events. “By making this footage available on the ERC’s official website for free, more people than ever before will be able to watch the dramatic action and the serious competition ahead in the ERC.”

Ranked as one of the most spectacular events on the ERC calendar, SATA Rallye Açores is famed for its stunning scenery and demanding gravel stages, which work their way through lush countryside on the island of São Miguel in the mid-Atlantic. Formula One race winner Robert Kubica, rising star Craig Breen, ERC title leader Jan Kopecký and top female competitor Molly Taylor are among the drivers contesting the 19-stage event.

* All timings are CET and subject to final confirmation.