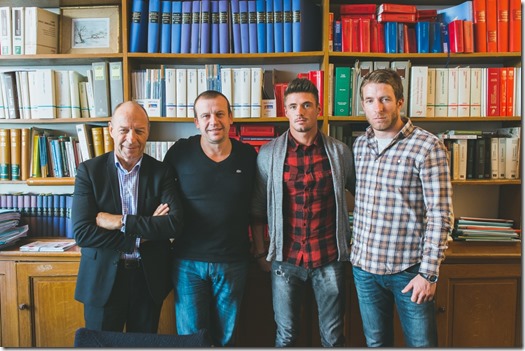 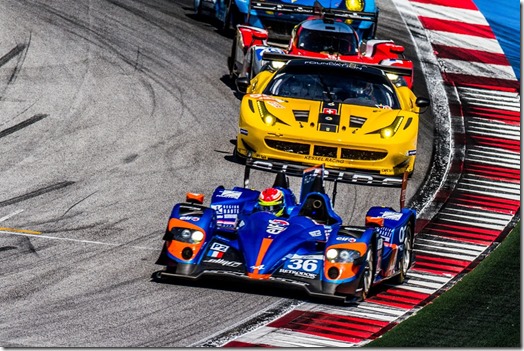 Twice European endurance champion with Signatech Alpine, Nelson Panciatici will now be represented by Olivier Panis and Bastien Ostian, within their “Sport Conseil Accompagnement” structure. The former Formula 1 pilot and his team aim at bringing the 26 year-old talented driver to the highest-level of endurance and motor sport.

After completing the best lap and achieving the best LMP2 average at Le Mans this year, as well as being the first driver in history to win the European Championship of endurance (ELMS) twice in a row, Nelson Panciatici has had a wonderful 2014 season. It is to continue progressing that he has just signed a contract with the “Sport Conseil Accompagnement” company, which is now officially his manager for the next four years. "Nelson is a very fast driver and his two titles in ELMS as well as his performance at Le Mans have proven this. He is a talented man and our goal is to take him to the top level of endurance", explained Olivier Panis with enthusiasm after the signing of the contract linking “Sport Conseil Accompagnement” and Nelson Panciatici.

"My ambition is to compete in LMP1 and my dream is to win Le Mans. At this stage of my career, I needed to find a manager who can allow me to move up to a new level and I am delighted with my collaboration with “Sport Conseil Accompagnement”. Olivier Panis’s reputation is already well established and I am very pleased to be able to benefit from his experience. I will continue to work hard in order to reach my goals”, said the pilot, who experienced GP2 or Formula Renault 3.5 before joining the world of endurance.

"We want to bring Nelson into LMP1 as quickly as possible but we are together to succeed on the long term and we must not rush into things. Nelson will continue to gain experience to complement his qualities of natural speed", added Olivier Panis about the young driver who already distinguished himself in the R2 category during the Rally of Monte Carlo and who could continue to offer a few articles in various motor sports disciplines.

"Nelson has significant potential in terms of image and we will work with him in order to maximize his strengths", commented Bastien Ostian. “Sport Conseil Accompagnement” will strive to enhance the young pilot’s image. "I would like to thank my family and relatives who have been supporting me for many years, I am now lucky enough to be climbing one step further and I owe it to them for the most part ", concluded Nelson Panciatici.